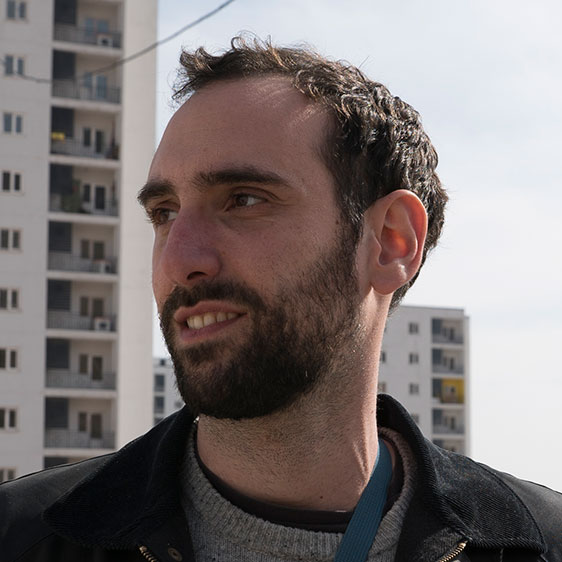 Dimitri Robert-Rimsky is a French visual artist. Throughout his professional career his attention has fundamentally been turned toward reflexions on the status of images, through which he has developed a great interest in the mythologies bound to the geology and landscapes represented in news stories today. His work is inscribed in Anthropocene theories, around research concerning the emergence of a « Geo-history » from an iconographical perspective. He studied at the Advanced Institute of Arts, Toulouse as well as at the Braunschweig University of Art in Germany. In 2013, after receiving the Postgraduate Diploma in Visual Arts, he participated in several exhibitions between Toulouse and Paris, notably « Jeune Création » at the Centquatre cultural centre in Paris. In 2015, Robert-Rimsky co-founded the Rotolux collective studios, which welcomes designers and visual artists in a former printing house in Bagnolet, just outside Paris. The studio hosted an active programme of exhibitions and events. In 2016, Robert-Rimsky was awarded a scholarship on the Experimental Program in Arts and Politics at Sciences Po Paris, under the directorship of Bruno Latour. During this year-long Masters, he contributed to group research projects with researchers from the arts and social sciences. In 2017, Robert-Rimsky was a finalist for the Celeste Prize, London, with a jury lead by Fatos Ustek. In 2018, he was awarded a half year residency at the Villa Belleville, Paris. Most recently, he was invited to exhibit in «Hors Pistes, la Nation et ses Fictions» at the Centre Pompidou.