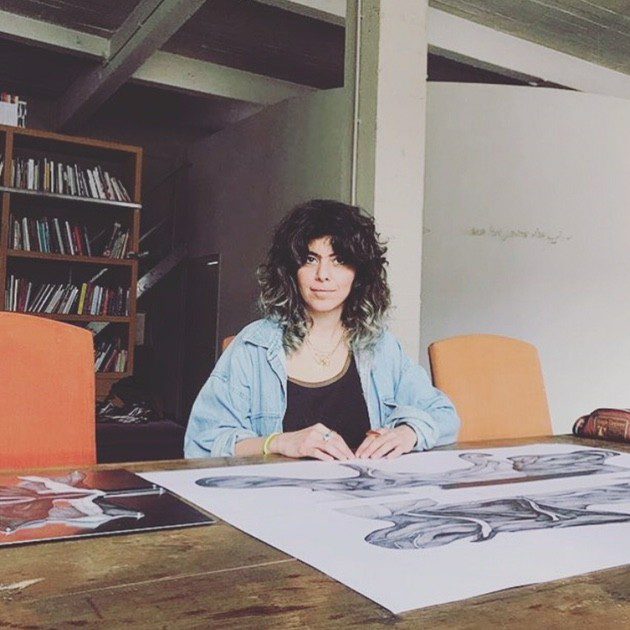 Born in 1980 in Tehran and based in Montreal since 2012, Ila Firouzabadi is an interdisciplinary artist who focuses on ambiguous and sensitive forms, aiming to depict threatening, or at times threatened, worlds that refer to the tensions and conflicts inherent in present society through drawings and a combination sculpture and installation.
Firouzabadi received a BA in graphic design in 2005 from Azad University of Art and Architecture in Tehran and graduated from École supérieure des arts décoratifs de Strasbourg in 2009.
She has exhibited her work around the world, notably at Keramikmuseum and Kuenstlerkreis Ortenau Gallery (Germany ,2009), Musée Théodore Deck and Espace Apollonia (France ,2010), OBORO Art Center (Canada ,2013), MAI Cultural Center (Canada ,2015) and Etemad gallery (Iran ,2016). She also did residences in Tabakalera in Spain and Servais family collection in Belgium.