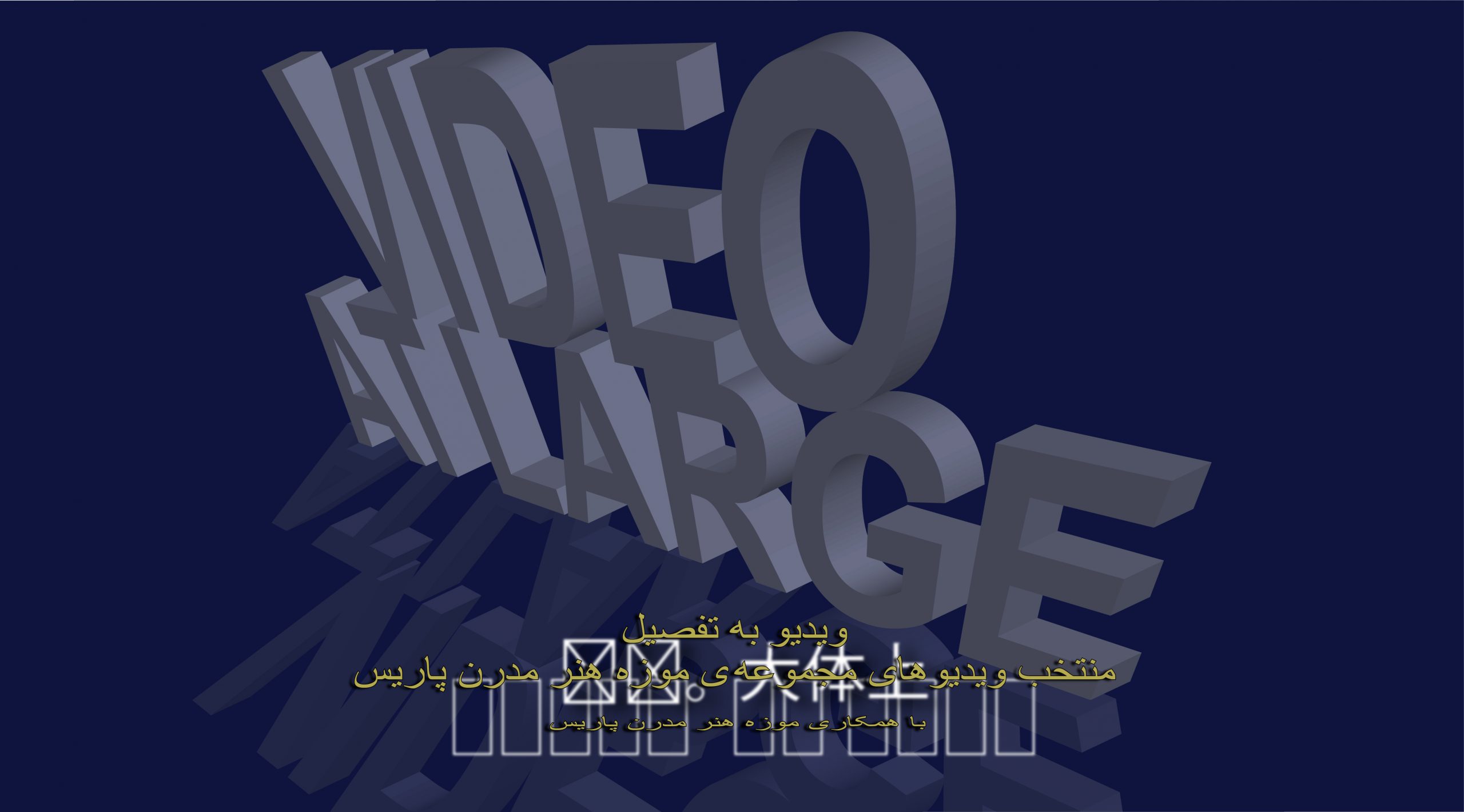 At the invitation of the Pejman Foundation: Argo Factory, the Musée d’Art Moderne de Paris is presenting the exhibition Video at Large based on a selection of videos from its collection.
The project focuses on large format images and the immersive display surrounding them. From its beginnings, video art is linked to installation, which holds of the theatricalization of the moving image and deals with the public.
In the device of the dark room, the visitor occupies a central place. Thus, the films of Philippe Parreno, Apichatpong Weerasethakul, or Angelika Markul take up the conditions of the camera obscura in which the all-powerful image acts on a “captive” viewer.
Sometimes, multiple projections shape the space and manage a “conversation” between the images, as in the case of Isabelle Cornaro, who uses a diptych. Architecture can also generate a setting in volume. To include a video in a building is to explore another aspect of the monumental scale and trigger intense emotion. The two sculpted screens evocative of a ziggurat, which frame Meriem Bennani‘s film, produce, in a game of mirrors, a “fractalisation” of images.
By choosing to screen in Times Square (New York), the film of a cat lapping milk, Peter Fischli & David Weiss raise a visual shock that relies on the shift and humor.
In the same way, Ariane Michel‘s screening of an owl, initially shown on the pediment of the Jeu de Paume museum in Paris, plays with strangeness and explore the borders of the natural and the cultural.
The projection space gradually turns into a dynamic and sensorial surroundings. Consisting of various points of view (close, far, opposite…) as in the work of Ange Leccia, travelling or aerial shots filmed by drones, and a special place given to the soundtrack (Nicolas Moulin, Anne-Charlotte Finel) create a strong interaction between image and viewer.
Total art experience, the video installation seeks to provoke an active participation of the body: the viewer becomes an actor.
The technological innovation is one of the factors of transformation of the artistic practices. From digital insertions (David Claerbout), to morphing (Christian Boltanski) to the recent experiences of virtual reality and augmented reality, a transformation of the status of the image – alive and no longer representing – has taken place, questioning the limits of reality.